September 1, 2011 by luk@s-m@g@ Categories: main articles.Tags: being true to yourself lukas magazine, your authentic selfBookmark the permalink

“Well, are you being true to yourself?”

That seemed to be the question that was asked of me during my month of “stupid,” as I like to refer to it. At the time that my friends and family were asking me, I had no idea if I was being true to myself.

Let’s rewind back to how this article even spawned. To be honest, it was the catalyst to start this magazine. As most of my growing experiences start, this one was no different in that it all began with a boy. For the sake of keeping things somewhat private we shall refer to him as “Roughneck” (you’ll soon learn why.)

About two months ago I met Roughneck online through the website adam4adam (shocker, right?). I started venturing to his place for more of a business arrangement that turned less business and more casual with each visit. Naturally, the chemistry was amazing: we both listened to similar music; read many of the same books; adopted the same politics; wanted for the same things; ate organic foods; fed our dogs organic foods; you get the point! This was all fine and dandy until one night, after our regularly scheduled business arrangement had ended, Roughneck asked me to stay and have wine with him. A turning point that should have sounded the alarms, raised red flags, alerted the authorities, and sent out an S.O.S.

During the course of the evening the Roughneck and I found out we had more in common than we originally imagined, we were rapidly approaching “flirt-con 5.” Strange number games, mixed with long eye contact, plus a full bottle wine buzz took the evening to another level. I was invited to spend the night and I did. Another decision that would have been completely different had I been true to myself. 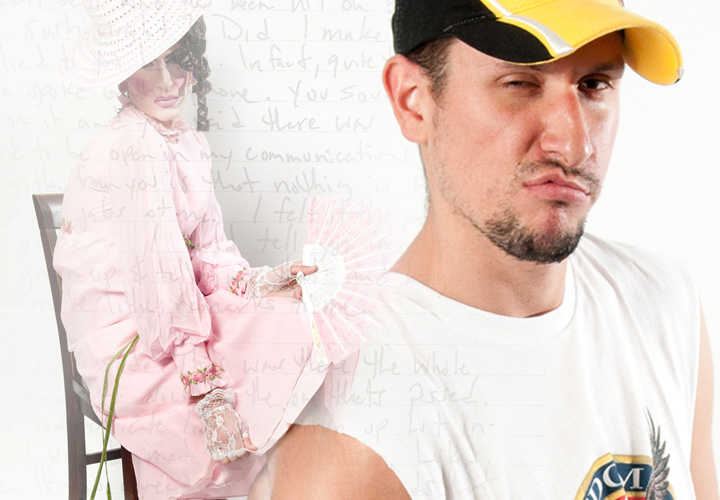 As another week ended I was well past my genesis of confusion. Casual sex was never supposed to have advanced texting sessions. I needed clarification as to where these relations were going. It was time to have the DTR talk: Define This Relationship. The establishing phone call was made and we decided that neither of us wanted to be tied down, the sex was hot, so why not continue to be friends with the occasional hookup? This seemed like the perfect plan until the perfect chemical combo of adrenaline, dopamine and serotonin took over my brain.
By chance, the universe delivered the Florence + the Machine: Lungs album to me and I was swept into my own version of a romantic chick-flick, letting myself fall for something that was never to be. To be fair, I was warned by Roughneck, “I’m a manwhore and I have a tendency to lead guys on.” Another syntax error ignored.

As we drove around town, he asked me, “Do you mind if I rub the back of your head?” My heart swelled more, my mind got lost in the moment and I knew I couldn’t continue this pattern of flirtation. That next Sunday, after many pitchers of liquid courage from the local dive bar, I laid down with the iPad and wrote an excommunication email:

“I’m sure it’s not the first or last time you’ve heard this.

I need to take time away from talking and hanging out with you. I cannot allow my heart and energy to get anymore attached to something that I know will never happen.

Please don’t feel hurt if I don’t respond to your texts, calls or whatever over the next month or two. This is just my stupid time.

Roughneck’s response was a mixture of cockiness and humor “Times a tickin’, so quit being such a lesbian and get over me already.” I sent a quick and snippy reply that led to a final slap in the face from Roughneck:

“Wow, no offense, but this is all very dramatic. Advances? You sound like a southern belle who has been hit on by a roughneck.”

His email continued with the references to his previous “manwhore” warnings. After my original animal instincts of gay-boy-bitch wanting to send a nasty reply subsided, I sat there for awhile and asked myself, “Was I really being a southern belle? Had I overreacted? Did I project my insecurities and twist the situation just to become the victim?”

There was something deeper than just my mini-movie going on here. I channeled Sigmund, analyzed my childhood, and mentally journeyed back to my mother’s relationships after her divorce from my father. I remember my mother being unhappy and lonely a good majority of my childhood.

Looking back, my perception of the men she chose to date weren’t good enough for her. She was an attractive, career-oriented, loving and vibrant woman – so why was she dating these guys that were frankly not good enough for her? Why wasn’t she being true to herself?

The switch flipped – I am just a continuation of my mother’s story during the era of my childhood. I have been repeating the behavior I grew up with. The question of being true to myself, that my mom has long since learned, was now starting to bubble to the surface of my frontal lobe. 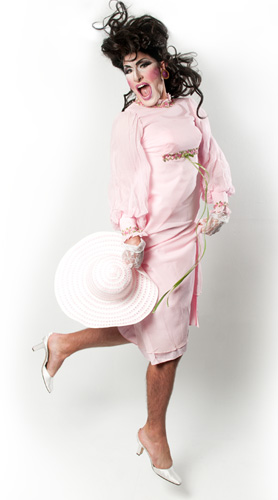 Every relationship I’ve had has started with me longing for companionship and the fear of being alone. This is perhaps the most unhealthy way to start any kinship. Not only was I lowering my standards, but I was altering my religious, financial, political and social views all for the sake of not being alone. Gross. Indeed, I was not being true to myself. Not with Kevin, Andy, Cameron, Joey and, most recently, Roughneck.

So now that I’ve realized my pattern, I can answer the question everyone was asking of me: No, I was not being true to myself. I have learned that even if the feeling of lust is strong, the feeling of truth feels far superior, which leads to a sort of modest confidence that everyone should obtain in their lifetime.

I am a firm believer that the universe brings people into our lives when a new lesson is needed to be learned. We won’t always know how long they’ll be there or what the lesson at hand is, but to be conscious enough to recognize the message at hand is, for me, one of the reasons for my existence.

I am a firm believer that the universe brings people into our lives when a new lesson is needed to be learned.

So thank you, Roughneck. Thank you for coming into my life and being that final push towards being true to myself. I will always remember the lesson that you have taught me.

Special thanks to the very talented Glitz Glam for makeup artistry.

Did you enjoy that? Help keep lukas magazine going. Show some green love by clicking the orange button.